December 19, 2019February 25, 2020News Staff Picks by Notewothy EditorsLeave a Comment on Staff Picks — Katherine’s List of The Best Media in The Best Genre

There is a genre of media that I’ve invented which is objectively* the best genre. All media in this genre involves someone (or a group of someones) going to an island and, during their time on that island, attempting to solve a mystery. Usually, this does not go well. Even if they do solve the mystery, something horrible ALWAYS happens. There are many examples of this genre, but there are objectively* the best ones.

*not at all objectively.

Katherine’s List of The 8 Best Examples Of Media Where Someone Goes To An Island, They Try To Solve a Mystery, & It Does Not Go Well.

This is the movie which started this list. I was going to write a list of the best Nicolas Cage movies but, when I went to write about Wicker Man, I had to think about why I liked it and this was why—it fit perfectly into my favorite genre of thing. Wicker Man is a totally bonkers movie which people only remember for Nic Cage’s head in a bee cage, but it’s actually a very good movie about trauma? Give it another go!

The Invention of Morel (Novella)

I accidentally signed up for an experimental fiction class as an undergrad during which we read this and I loved it. I’m going to say basically nothing about it because it deserves to be read cold.

I suppose one could argue that there isn’t really a “mystery” per se, but when you being to realize that all the precautions taken to let man have mastery over nature are inevitably going to fail… I don’t think there’s anything more exciting. Also, the kitchen scene is forever etched in my brain.

Leonardo DiCaprio’s performance as (in his words) a “duly appointed federal marshal” on an island which is home to a psychiatric facility is incredible. I think a lot of people dislike this movie and I cannot for the life of me figure out why. The first time I saw it, I could hardly take a breath through all the tension. Everyone pretends they saw the twist coming, but they definitely are lying. Anyway, screw the Irishman. This is Scorsese’s masterpiece.

This series is so criminally unknown. The story follows Abby Mills, who is returning to the island where she was raised for her best friend’s wedding. Seven years ago, a serial killer murdered multiple people on the island, including Abby’s mom, before Abby’s dad killed him. But if the serial killer is dead, why do people in the wedding party keep dying? With thirteen incredibly bingeable episodes, this is the show I recommend to people who have watched every crime show on Netflix. (also, please excuse the VERY 2009 trailer/fashion) 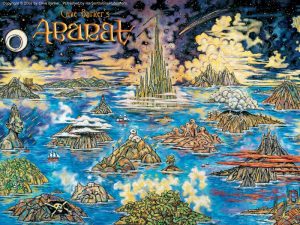 This series of fantasy novels takes place on a collection of magical islands and involves an incredibly tangled web of mysteries. The mysteries center on Candy Quackenbush—a normal girl from Chickentown, Minnesota who stumbles into Abarat—and a seven-headed thief named John Mischief. I can’t sing its praises enough. If you haven’t given yourself the gift of reading these books, please do.

This is kind of cheating, except it definitely isn’t. Gotham BECOMES an island during TDKR and Joseph Gordon Leavitt aka Nightwing tries to solve the mystery of how to get Gotham to NOT be an island. Bane also tries to solve the mystery of why no one has ever loved or cared for him, which very much does not go well for him. On an unrelated note, I would watch a whole movie that was just Law and Order: Gotham City with Scarecrow as the judge, which is why this clip is the clip I used.

I saved the best for last. Lost is the platonic ideal of this genre, turned up to eleven. SEVERAL people go to an island so island-like that, for six seasons, they ONLY call it “the Island.” They try to solve MANY mysteries, and it goes well for BASICALLY NO ONE. Lost is my favorite TV show, it is the best TV show, and the last season was AMAZING. No follow up questions, please.

HONORABLE MENTIONS (because there were already too many movies)

The Rock – I had to fit another Nic Cage movie in here somehow.
Deep Blue Sea (Movie) – The real mystery is why won’t they just let these sharks live their best lives.
Atlantis (Movie) – It’s kind of a… reverse island? So I don’t know if this counts.
Love Island (TV Show) – British singles try to solve the mystery of why they’re so drunk and annoying and it especially does not go well for the viewer.
Battle Royale (Movie) –Every person I have ever made watch this movie questions their friendship with me, but it’s still a good movie.
And Then There Were None (Novel) – I had to read this in 7th grade and my teacher had torn the last 10 pages where the mystery gets solved out of EVERY copy of the book. Why would someone do something so cruel? Anyway I just went and read the ending in the library.
The First Purge (Movie) – I unapologetically love the purge movies and the purge TV show but this is the only one which takes place on an island so it’s my favorite.
Fear Island (Movie) – Also belongs in my second favorite genre: mid-budget horror movies about people in their teens played by people in their 30s featuring a c-list celebrity. 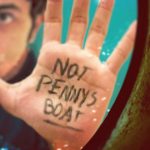 Katherine is the Civic Engagement Librarian. She is moving to an island called Utah at the end of this semester to try to solve the mystery of why she’s moving to Utah and she hopes it goes well! She will miss all of you who have written, read, and/or enjoyed these lists.

During the month of December, Loyola Libraries staff make lists and check them twice. What are these lists about? Anything! You can look at past years’ lists here, and stay tuned for more lists all month long! Without further ado… Bridget’s Favorite Lesbian Films of the Decade 9. Disobedience (2017) If I created the tagline […]

During the month of December, Loyola Libraries staff make lists and check them twice. What are these lists about? Anything! You can look at past years’ lists here, and stay tuned for more lists all month long! Without further ado… Best of the Decade: Top 20 Films of the 2010’s By James Conley, Media Services […]

During the month of December, Loyola Libraries staff make lists and check them twice. What are these lists about? Anything! You can look at past years’ lists here, and stay tuned for more lists all month long! Without further ado… Emily’s 9 Coffee Hangouts for Concentration Need a change of scenery to get your studying […]